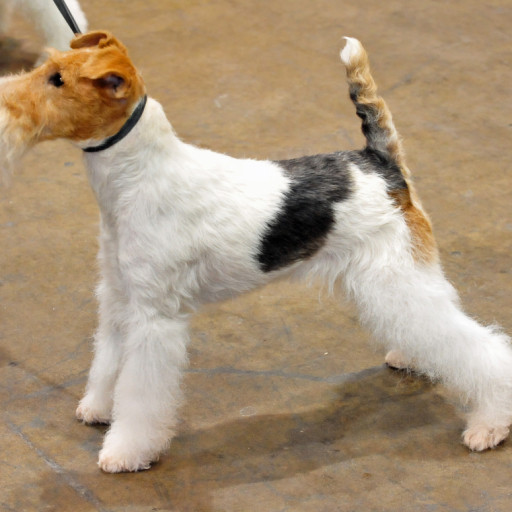 "EL-RAY WIRE FOX TERRIERS" is owned by Sharon Fitzgerald. Located in Sherwood, Oregon 503-625-6412 Starting in Wire Fox Terriers in 1965; I have bred over 50 champions. My dogs have accomplished Specialty and Best In Show and All Breed Wins. Also, as an AKC Judge, I am licensed for Wire Fox Terriers, Smooth Fox Terriers, Miniature Schnauzers, Lakeland Terriers, Border Terriers and Scottish Terriers. I am a member of the American Wire Fox Terrier Club; Member and in the Hall of Fame of the Central States Wire Fox Terrier Club; Fox Terrier Fanciers of Puget Sound; Charter Member and Past President of the Terrier Association of Oregon. JUST RECEIVED To: elraywirefoxterriers@comcast.net Subject: WFTCCS - Hall of Fame - Membership Sharon, According to the club’s historical membership records, you have reached the 30-year membership threshold, thus, qualify for the Wire Fox Terrier Club of the Central States Membership Hall of Fame. Congratulations!! Co-Breeder Marci Mathieu is from Oregon, now lives on the Olympic Peninsula in Washington.  Contact #: 360-808-6148 I am a member of " Terrier Association of Oregon" and "Fox Terrier Club of Puget Sound". I started raising Wire Fox Terriers in 2013 after purchasing my puppy bitch from Sharon Fitzgerald nine years ago. Sharon has been my mentor and co-owns  "Ch. Elray's Cross my Heart "Harley"; El-Ray's Royal Adventure and El'Ray's Regency both bitches are out of King Arthur and  We have become good friends in our mutual love of the "Wire Fox Terrier" AKC proudly supports dedicated and responsible breeders. We encourage all prospective puppy owners to do their research and be prepared with questions to ask the breeder. Make sure you are not only choosing the right breed for you, but also that you’re getting it from the right individual.