Consistently voted among the top 10 breeds in America, the Bulldog is a calm, friendly breed that’s affectionate with family members and does reasonably well with young children and other dogs.

In terms of size, the average Bulldog is 14-15 inches in height and weighs around 40-50 pounds. You can expect your Bulldog to give you up to a decade of companionship (average lifespan of Bulldogs is 8-10 years). Standard colors in Bulldogs are fawn, white, brindle, red, and fallow or combinations of these with black, white, brindle, piebald, and ticked markings.

While not traditionally considered the best-looking dogs, Bulldogs have their unique appeal. The loose folds of skin on the head, the snubby nose, the small ears, and the furrowed brows give them an unmistakable and adorable appearance. In terms of temperament, they’re easygoing and calm, happy to relax at your feet, but this mellow nature is sometimes mistaken for lazy. The truth is Bulldogs do enjoy moderate exercise and need it to stay at a healthy weight. Just make sure you keep them indoors in air-conditioned environs on summer afternoons because the Bulldog’s short snout can make breathing difficulty in hot, humid conditions. Also, while a Bulldog may enjoy wading in shallow water on a hot summer day, deep water is a major safety hazard for Bulldogs. You should closely supervise your pooch near large and deep bodies of water.

Bulldogs require a fair amount of grooming to keep their coat looking shiny and healthy – around 10 minutes of brushing with a soft brush 2-3 times every week. You’ll also need to check the folds on the face to make sure there’s nothing trapped there, like moisture or food, that can cause irritation.

You’ll find it easy to train your Bulldog because this breed has a devoted and sweet disposition with an eager to please attitude. Like with all pups, early socialization is vital if you want a well-adjusted and well-behaved adult Bulldog. Bulldogs love to play tug-of-war, but you’ll need to reiterate the release command early during the training period. It’s also a good idea to get your Bulldog used to having a person remove food from their bowl because otherwise they can become possessive of their food. 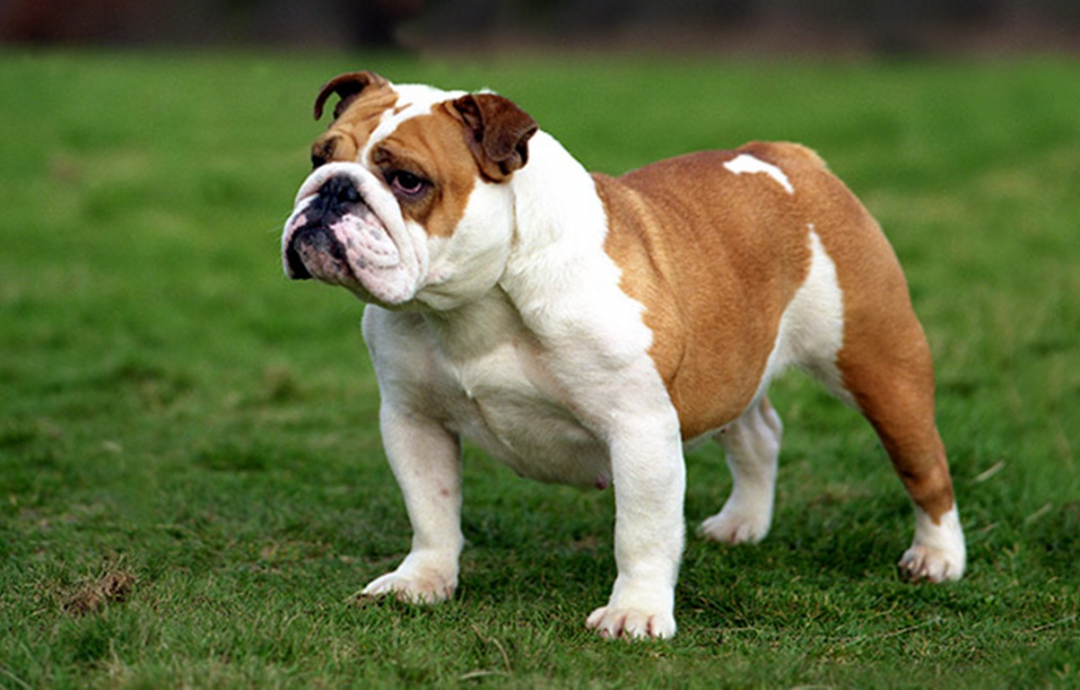 we found this breed in 42 states