If the thought of a yappy dog waking the neighbors at 3am is what’s putting you off adopting a canine companion, a Basenji could be the best choice for you, as well as those on the other side of your thin apartment walls.

Basenjis, also known as “the barkless breed”, have acquired this nickname thanks to their uniquely shaped larynx. This means that instead of the usual yap or bark produced by most dogs, a Basenji will instead let out the occasional yodel!

Additionally, Basenjis are often thought of as cat-like, thanks to their independent nature and tendency to self-groom.

So, as well as being an independent, quieter breed of dog that’s good for apartment living, you can also try your luck on America’s Got Talent as a human/dog yodeling duo. What more could you possibly ask for?

While we’re on the subject of quieter breeds, French Bulldogs are also a little less noisy than some of their other canine counterparts.

Initially popular with British lace workers in the 19th Century due to their affectionate nature, (which made them content to sit on the lap of their human and keep their knees warm!) Frenchies are one of the most loyal and sweet breeds around and are a breed that also gets along pretty well with other pets.

They’re also small, intelligent and easy to train, making them one of the best breeds of dog for apartment living.

Due to their playfulness and curious natures, they will need a good walk once a day, so make sure you have somewhere you can take your Frenchie outdoors for some exercise.

If fluffy dogs hold the key to your heart, then you’ll certainly want to have one of these. If you didn’t guess the breed from that pawful pun—we’re talking about the gloriously floofy Havanese breed.

With flowing locks enough to make Ariana Grande jealous, Havanese dogs are a good breed for apartment living due to their small size and ability to adapt to smaller homes. Plus, if you work from home, a Havanese will make a perfect colleague, as they’re generally content to snuggle on the sofa while you get on with the day.

They also don’t like to be left alone for long periods, so if you’re a bit of a homebody, your Havanese will be happy to have their human BFF around as much as possible. Given that they stick to their favorite humans like velcro, they also make a lovely emotional support dog breed.

One of the oldest breeds in existence, Italian Greyhounds even managed to win over the hearts of the ultimate cat lovers—ancient Egyptians.

Although it could be down to their friendliness and affectionate nature, they may also have stolen the hearts of a nation by being sleek, graceful and compact.

While we don’t know what made the ancient Egyptians fall for this little breed, we know the benefits for you apartment-dwellers out there! If you live in an apartment, you’ll love that they require less exercise than you might think and that they thrive in smaller living spaces. Plus, they’re also a hypoallergenic dog breed, so they won’t be triggering any sneezing fits if you suffer from allergies.

What a Dachshund may lack in size, it’ll sure make up for in personality! This smart and playful breed is sure to keep you on your toes, so if you’re looking for a little buddy to have fun with and keep you entertained, a Dachshund is one of the breeds of dog that are best for apartment living.

These little sausage-shaped friends also have the perfect build for burrowing, and will gladly tunnel under the covers to snuggle with their human.

If a vocal dog is not something you’re looking for, then a Dachshund may not be the best option for you, as they do have a tendency to bark. However, this also makes them pretty good watchdogs, which means they’re one of the best breeds of dog for apartment living if you want a little extra security.

Can A Big Dog Live In An Apartment? 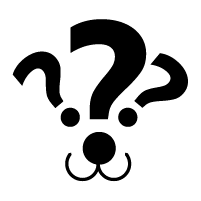 You may have noticed that the pups on our list so far are all on the smaller side, so you may be asking yourself “can a big dog live in an apartment?”

If larger dogs hold the key to your heart, then you’ll be pleased to know that a big dog can live in an apartment! Just make sure your pup has adequate exercise, training and general stimulation. Here are just some of the large breeds of dogs that are best for apartment living.

Given their size, it may surprise you that these gentle giants are suitable for apartment living. Though they do take up a fair amount of room due to their lanky frames, Greyhounds love to lounge around, meaning they won’t be bounding around a smaller home like a bull in a china shop. In fact, they can often be found stretching out on a sofa or curled up in a cozy basket.

Though they will need to be taken out for a run every day, (this breed loves to show off their speed!) they really are couch potatoes at heart.

Do bear in mind, however, not to let your greyhound off the lead outdoors unless well trained in recall. Their strong prey drive is not to be taken lightly!

With their name deriving from the French word “bas,” meaning “low” or “short,” Basset Hounds aren’t exactly a breed that’s going to tower over you or bowl you over as you come through the door. However, their weight makes them pretty hefty!

Topping the scales at up to 80 pounds, Basset Hounds aren’t exactly a petite breed.

What makes these dogs a good breed for apartment living, however, is that they’re not exactly renowned for their high energy levels. In fact, this breed is pretty darn lazy.

Moderately affectionate, Basset Hounds are generally content to chill with their favorite humans, and although they should be walked regularly, they won’t need a big garden to zoom around in. Especially as their stumpy legs don’t really allow for much zooming anyways!

Okay, so you may be yelling at your screen asking what on earth we were thinking by putting a Great Dane on the list, but hear us out.

While Great Danes are not going to be suited to very small spaces because, quite simply, they’re absolutely huge. But this doesn’t mean they can’t live in an apartment.

In fact, much like the Greyhound, Great Danes are also known for being pretty calm and chilled out. Their relaxed temperament means they generally adjust pretty well to apartment living, and are even a breed that’s suited to living with big families or other pets. Plus, they don't need as much exercise as other big breeds. A good walk and a runaround every day should be enough for these guys.

Can A Dog Live In An Apartment? 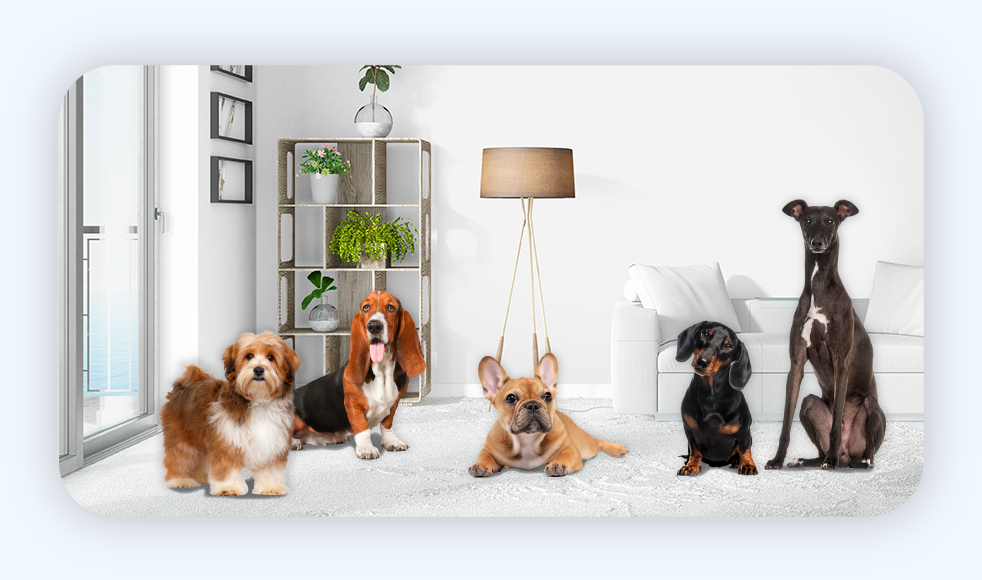 Though some people might not be too sure about having a pup in their apartment, the experts say that smaller and larger dogs can live happy, healthy, and fulfilled lives no matter where they live.

According to Dennis Riordan from the Riordan Pet Hospital, when it comes to how to have a big dog in an apartment, a bigger dog will mean more compromise from its owner. When he spoke with DailyPaws about having a large dog in a smaller space, he also added “There’s absolutely nothing preventing a big dog from being happy in an apartment with a loving owner.”

So, whether you’re looking to buy a puppy that is big or small, as long as you have time and love to give, and have somewhere to take them to blow off steam, there’s no reason why a dog can’t join you in your apartment if your landlord allows.

Browse PuppyHero by state or by breed.